In my last article "What is Docker", I covered the basics of what Docker is and why you should use it. This article will be the first part in a multi-part series on how you can use it.

This guide is intended on a simple but practical way to get started with the basics of Docker. Although there’s a lot covered just in the one guide, it barely scratches the surface of what Docker can do and the power it has when it comes to orchestration. We’ll progress through a number of articles over the next few weeks to cover all of the major parts of Docker, as well as some real world examples and usages.

Docker is currently a Linux only platform, which means you’ll need access to a Linux based server or Virtual Machine (VM). Don’t worry, if you don’t run Linux natively there are a number of easy to setup tools to suit both Windows and OSX. The easiest of these is Boot2Docker, which supports both Windows and OSX. Here’s the links to the installation instructions:

OSX also has Kitematic, which provides a GUI wrapper around many of the commands yet still allows you to run them directly.

Note: This guide will assume that you’ve installed Boot2Docker on your local machine. While nearly all the commands should be the same, there may be some variances in the log output if you're using Docker on a different platform.

One thing to ensure is that you’re using the latest 1.6 release (in fact the latest when this article was written is 1.6.2). As Docker is rapidly evolving, keeping up-to-date is important to gain access to the latest features.

After you have Boot2Docker installed, you then need to initialise it and start it. Please read through the official installations and carefully ensure you’ve followed the processes. Essentially, there should be three main steps after installation. You’ll need to run ‘boot2docker init’, then ‘boot2docker start’ and ‘boot2docker shellinit’ to setup and configure the environment perfectly for you.

Now that you have Docker installed, lets have a quick look at what’s available. If you’ve come from the web development world, the command structure is similar to grunt, bower, npm and similar where every command starts with the application name.

For example, lets view the version numbers for the Docker installation. This is also a great way to ensure Docker is installed and running correctly. To do this, run:

This should give you an output similar to this:

If you don’t see an output similar to this, it probably means you have something wrong with your installation. Make sure you’ve first run the ‘boot2docker init’. If this hasn’t resolved the issue, please have a read of the official Docker Help page with suggestions for further assistance.

Note: pulling an image from the official repository is automatically done when you first try to run a container, but can be handy if you’re going to be offline when working.

The ‘docker pull’ command will download the image and associated layers from the Docker Repository. These layers include everything from the base operating system through to the end application. You can browse and search the images via the Docker Registry, which has over 13,000 publicly available images.

Docker will automatically pull in that various layers for the Python image and extracted them. What you also may have noticed is the version number, or there lack of. Because we didn’t specify a version, Docker automatically grabbed the “latest” version for us. The versions are controlled by tags, so if we want a different version or want to maintain a specific version then we can specify it. For Python, we can get a copy of Python 2.7 by running:

You’ll see that because we’d already previously downloaded Python, there were only a few layers which were different. The time to get this version should have been quicker also, so the layered image approach is great for efficiency.

Lets have a look at what Docker images we have now:

If you’ve copied my Python examples above, you’ll see an output like this:

There’s two important things to note here. Firstly, it doesn’t display the intermediate images, which form the layers. You can view these with ‘docker images -a’ if you’re really interested, but for the most part you don’t need to worry about them.

Secondly, The “Virtual Size” appears to be nearly the same for the two, despite the fact that Docker has the intermediate images in common. This size lists the combination of all the images, but in reality the space taken on disk is significantly less.

You can remove unused images using the 'rmi' command. You can reference the image either by the ID or the name and also the version number. For example, let’s remove the Python 2.7 image:

And the output should be similar to this:

If the image is in use, Docker shouldn’t let you delete it but of course always double check you’re removing the right image before proceeding!

This is where the fun begins! Before we start, I just want to emphasise that containers provide process isolation, their own file system and their own networking layer. The speed of which Docker does this is extremely fast, as you’ll see when you try it for yourself.

Because we’ve previously pulled down the image for the latest version of Python, it could create the container and run it nearly instantly. If it was an image which you hadn’t pulled down or used before, Docker will automatically pull down the images as part of the run command.

Because we ran this with the ‘-t’ flag, it created a pseudo-TTY in which Python ran. This also needs the ‘-i’ for interactive mode so that you can send input to the program. For those not familiar with Python, you can simply press Ctrl + D to exit. As it exits, it also shuts down the container as we had it in interactive mode.

Lets start a basic web application as a daemon (specified with the -d flag) and have a look:

You’ll see that in this example, Docker automatically downloaded the images required to run it and then started. The output should look something like this:

As this is a basic Flask web application, you should now be able to open the link in a browser. If you're using Boot2Docker, you'll first need to determine the IP of your Docker VM. To do this, run:

This should return a local IP which your workstation or laptop can connect to. To test the site, use the IP returned and go to http://<boot2dockerip>:5050/.  It’s not much, but you should see ‘hello world’ displayed to confirm it’s all working as expected.

Once we’ve created a container, we can list them all with the ‘ps’ command.

Here’s the output so far:

We can see the information about container 0c86, including details about when it was created, the image used, network ports and how long it’s been running.

You’ll also note that there’s only one container listed. Because the ps command only shows the running containers. If we want to see all of them, we can use the -a flag:

The other part you’ll notice is the odd name. Don’t worry, you haven’t been hacked! Docker uses a random name based on an adjective and then a famous scientist or hacker. It’s better than simply having a long ID to refer to and we can rename this quite easily.

Lets give our test app a better name:

Of course, we can specify the name at the time of creation by simply using the ‘–name’ flag. For example:

This will name the instance ‘app_test’, which is far more useful when you have more than a handful of containers.

If we no longer need our test application, we can stop it by using the ‘docker stop’ command. We can either use the name or ID of the container to run the command. Here’s the command if we use the name:

You could also use the ID number:

To confirm, docker will echo the ID or the container name back to you as the return of the function. As in this example, the time to stop a container may seem a lot longer than the startup time. If the Docker instance doesn’t listen for a standard SIGTERM call (in order for it to cleanly shutdown), it will wait 10 seconds before calling a SIGKILL to terminate the process. As this is a basic training example, it will simply wait the 10 seconds and then kill the process.

Handy Hint: You can simply use the beginning abbreviation to refer to the container ID. Docker needs enough information to ensure the name is unique, so generally the first 4 characters of the ID are fine.

We can of course start the container again with virtually the same syntax as stopping. You can reference the container by both the ID and the name as before.

You’ll see a conformation that the container started if it echos back the container name or ID, depending on what you called to start it. You can confirm that it’s running again by using the ‘docker ps’ command and/or by calling the webpage again.

As this is a Flask based test server, these files are straight from the Flask test webserver. You can see that it’s logged the starting of the service multiple times as the stop / start examples above were run. You can also see the calls to display the “hello world” page (GET /) as well as the browser seeing if the favicon existed.

Hopefully if you’ve made it through to the end of this article, you been able to follow it on your own instance of Docker and should have a better understand of how it works. The takeaway points to note is the speed of creation, the simplicity of the container running environment and the way to access the containers. Even at this basic level, Docker offers quite a powerful system for both development and production deployment.

Of course, as a basic intro this has only just begun to scratch the surface of what’s available in Docker. Each week we'll be publishing further articles, which will cover the more advanced usage of Docker as well as real world deployments and how we implemented them.

If there are any questions or parts you need assistance with, please feel free to ask in the comments below. 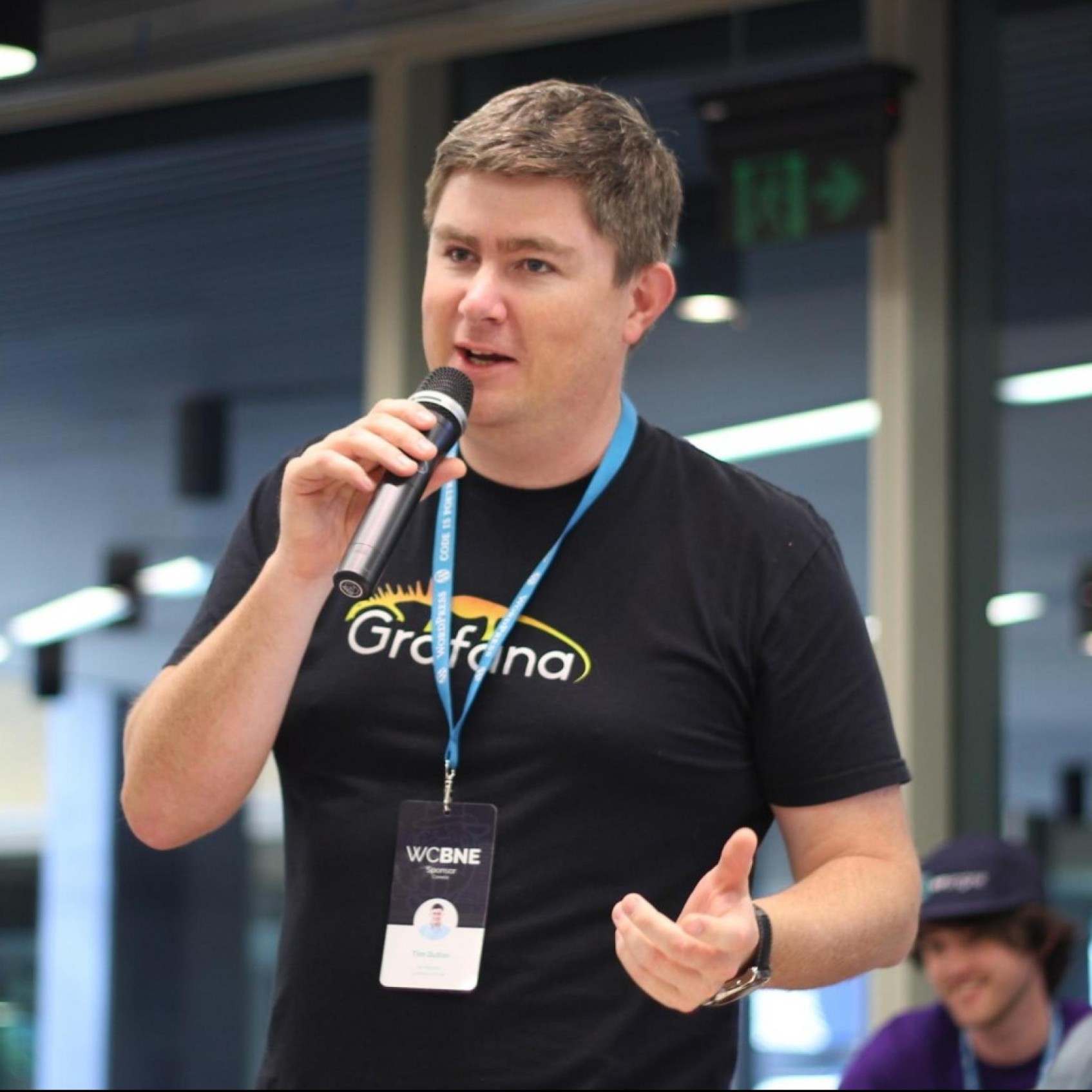