Conetix > Blog > Development > A closer look at Go and Node.Js

There are so many software development languages available these days its hard for many software developers to know which is best for a given application project. What many developers don’t consider is the long term maintenance and support needs of their application as well as the scalability of the application in the long term, if its poorly built from startup using a language that will not be fully backwards compatible in the long term then supporting it and expanding its functionality over time may not be viable.

Another point often neglected is the original purpose of the language and what it was developed for. I have come from an assembly language background, then started using “C”, then moved to C++, Java, PHP and all the current languages, so picking a language for a task is based on years of programming skills and engineering software and hardware systems. The result has been an understanding of the effort required to engineer software and what tools are needed to build maintainable clean engineered solutions.

A closer look at “GO” and Node.JS

The Go language, (often referred to as golang) is a system oriented language, its roots are based on “C” and “C++”, it was developed by Google to solve some really annoying issues when you build software at Google scale. Typical of those issues are building huge applications with lots of dependencies and support for multi CPU operation. It wasn’t written to be a GUI or to execute Javascript code (although Javascript also inherits a lot from “C” and “C++”). At Google scale, concurrent execution, communications, garbage collection and flexible data types are important. So Google developed the language in-house and made it public.

Node.js is also a modern programming language build on top of Google’s Chrome V8 engine (which is written in C++). Node.js is not a GUI application, and it’s promoted as a suitable tool for writing back-end system services, like Go. Node.JS is server side Javascript and since it’s native Javascript that its language base is built on it inherits most front-end JavaScript traits. So all the typical methods, functions and object constructs are present in Node.js.

One interesting issue in Node is its inability to directly Export or Import a Module, to achieve this Node uses constructs from RequireJS and CommonJS. Go provides a project like structure that supports multiple files, libraries and there is a keyword called “import” for importing libraries.

Go is suitable for heavy CPU applications and lots of IO, while Node is geared towards server IO use cases, such as a backend server to a client server AJAX application. In fact Node’s native support for JSON makes building REST / JSON api’s easy and is something Node.js excels at.

Unlike C++ and Java, Go does not implement OO concepts the same way, there is no Class construct but it does have an “interface” construct and methods can be defined to operate on a common type. Go implements simple data structures and methods that can operate on them. Node implements what are best described as “pseudo” classes using Prototypal  inheritance. On the face of it, Node would look more like a typical Object Oriented application and many libraries are built using this form of OO programming.

Node has a non-blocking I/O model that does not implement threads at the language level, although threads are implemented underneath the hood. Non-blocking IO makes Node a great choice for wrapping other data sources such as databases or web services and exposing them via a JSON interface. Its heavily geared for web based IO and its eventing model makes handling multiple connections possible. It achieves this by implementing an event loop at the language level. In Node this works very well and overcomes many issues that threads introduce.

“Goroutines” are what Go implements to make concurrency easy to use. The idea is to multiplex independently executing functions, “coroutines”, onto a set of threads. When a coroutine blocks, such as by calling a blocking system call, the run-time automatically moves other coroutines on the same operating system thread to a different, runnable thread so they won’t be blocked. As a result, goroutines have little overhead beyond the memory for the stack, which is just a few kilobytes. It is practical to create hundreds of thousands of goroutines in the same address space. If goroutines were just threads, system resources would run out at a much smaller number.

Node is single threading, it provides an event model using callbacks, but there are no threads in Node that your code runs in. node expects calls to return quickly, realistically if you need some level of concurrent operation then run multiple Node applications and use IO to pass messages between processes.

Node has an active community which has also seen a number of functionality enhancements like JXcore, RequireJS and CommonjS being the most common. There is also “Passport” for authentication, “Blanket” for unit testing, URIjs, pdfkit, aws-lib, LevelDB and ElasticSearch to name just a few. All are geared towards using Node.JS as a backend servicing web clients in one form or another either directly or as a backend service.

Go also has tons of packages, but a glance through all of them appears to cement Go at the system utility development model.

Performance is always a contentious issue, rather than reinvent the wheel I did some research on what others have done, this article on a bubble sort Benchmarks: Nodejs vs GO 1.1 and a further update here Node vs GO 2014 by Jonathan Warner showed a simple effective testing method that drew a lot less “negative” comments than other testing comparisons.

The bottom line was Go out performed Node, the conclusion to this trial could be that Go is native executable code built from the ground up to be fast and compact for huge scale deployment, Node runs on the Google Chrome V8 Javascript engine, so there is an extra layer of code that needs to execute… simple logic tells us that it wil always be slower, but its not significantly slower so the Javascript engine is well written and doing a great job. And don’t forget, in a real application you might have a database layer and other external factors that will impede performance in some way regardless of the operating environment and language choice.

At a glance – Google Go

For those that haven’t done any Go yet, it’s “a fast, statically typed, compiled language that feels like a dynamically typed, interpreted language”. It is backed by Google, and is used at Google, Heroku, and other places.

At a glance – Node.js

For those that haven’t done any Node.js before, it is “a platform for easily building fast, scalable network applications”. With event-driven non-blocking I/O, it forces an asynchronous ‘callback-passing’ style of development. As a Javascript engine it doesn’t require you to learn any new language or syntax (assuming you already know Javascript).

Google Go has had a significant impact in the last 2 years with the development and release of Docker, an application container engine that will revolutionize the application deployment space and cloud computing in general. In fact to cement Go as more the systems level language, Docker’s creator Solomon Hykes cited Go’s standard library, concurrency primitives, and ease of deployment as key factors, and said “To put it simply, if Docker had not been written in Go, it would not have been as successful.” For more detail on Docker see our article What is Docker? and Docker Basics: A practical starters guide.

Both languages appear “production” ready, with 100’s of documented live deployments and an ever growing user base. From the usage models, most Node.JS deployments appear to be as web server back ends while Go appears to have been deployed in system level applications, mainly by Google and now Docker.

Numerous companies have made the switch from Node to Go citing:

Summary – Since Go compiles down to executable code and Node is running inside the V8 Javascript engine some performance issues are bound to crop up.

Wrapping up – Some thoughts from various communities

and this rather good comparison –

“There are a few key differences. Node.js has a rabid, and rapidly growing community, tons of third-party libraries, and an extremely pragmatic focus. Google Go has a large, complete set of core libraries, an easy path to high concurrency, and is blazingly fast. Go also has a focus on the ‘correctness’ of the solution (evidenced by it’s type-safety) and it’s community prizes uniformity, emphasising doing things the idiomatic way. The Node community tends to be more focused on the functionality, and are more tolerant of doing things in different and unique ways (e.g. Javascript vs Coffeescript).” 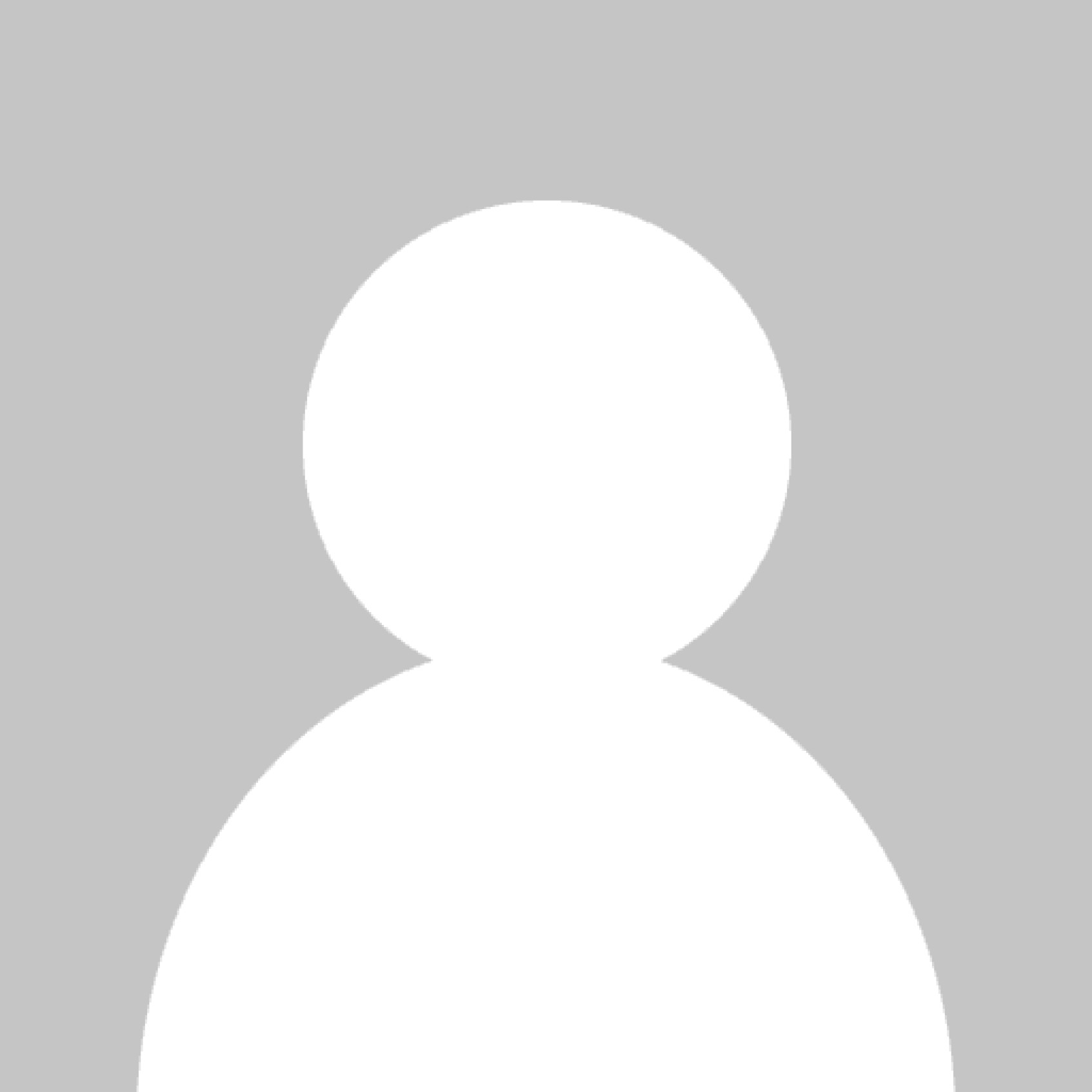