In the first quarter of 2014 we saw the exciting new release of Plesk 12. As a Plesk 12 launch partner, Conetix was one of the first to review the changes and give feedback. We were impressed! With a complete re-think and re-design of Plesk, Plesk 12 gave us the features and toolsets we were looking for in a hosting panel and more.

Plesk 12 was the new benchmark in hosting panels, with the introduction of 4 new Plesk versions all targeted at specific segments of the Web Professional market space, we saw great opportunities in the market that were now accessible to us as a hosting provider.  With new feature rich add-ons, such as a new security core, including Fail2ban and ModSecurity additional outgoing email control and more integration with ServerShield by CloudFlare. Plesk 12 also introduced a new WordPress management toolset, designed to help the Web Professional manage multiple WordPress instances including installations and security updates. In case you missed the Plesk 12 release, a full breakdown of the new features can be found in our previous article What’s New in Parallels Plesk 12.

With a solid foundation of Plesk 12, Odin has just announced the release their latest version 12.5. Plesk 12.5 was to be released as 12.1 however given the major improvements and revamp of the look and feel of Plesk Odin decided to release Plesk as 12.5. The exciting bit with Plesk 12.5 is that it is packed with features that have been requested and voted on by the Web Professional community. In essence, Plesk 12.5 is the Web Professionals own creation.

Here are some of the major feature improvements and additions to Plesk 12.5.

The first thing you will notice is the new look and feel with a more modern slicker colour scheme plus the new Odin branding. The interface is more intuitive with this change  which is surprising considering that the layout remains the same the only real change is Plesk 12.5 now has some real style.

The single biggest feature request for Plesk has been the ability to run multiple PHP versions that can be managed by Plesk itself. You now no longer need to compile and modify your Plesk server via command line. Plesk 12.5 now comes with support for multiple versions of PHP out of the box. This new feature is available for both Windows and Linux. We did see an early release of this feature in Plesk 12 however 12.5 adds more refinement and options.

With this new multiple PHP support as standard in Plesk 12.5 as soon as PHP 7 is released Plesk 12.5 will support it. For more details on PHP 7 here is an article: PHP 7 – A Sneak Peek by Matthew Setter

To access your server wide PHP Settings, Plesk now has a new tab under Tools & Settings – General Settings – PHP Settings. You can view each PHP handler and how many domains are running that version of PHP. You can also install additional handlers using the Plesk Installer link.

You also have the ability to drill into individual PHP Settings and manage what PHP modules you wish to use, independently for every PHP version and handler type.

You can also modify the php.ini file for any PHP handler, you just need to be careful as this can affect all domains using that specific handler.

PHP support was improved in a number of ways in Plesk 12.5 to better suit PHP developers and their development practices. Administrators can choose the list of PHP modules to use for every combination of PHP version and handler type.
With this improvement, Administrators and resellers can also define whether their customers will be able to select PHP versions and PHP handlers for their sites. The corresponding permission is available in service plans and subscription settings. It can be managed from Plesk, as well as by means of command-line tools and XML-API requests.

The following features and improvements were introduced:

opcode cache is a system to cache the result of the PHP code compilation to bytecode. The system then can use the bytecode instead of compiling on every request. Different opcode cache systems are available, mostly depending on used PHP version. The support for  APC (Alternative PHP Cache) and Zend OPcache modules, as well as WinCache was added in Plesk 12.5. PHP accelerators substantially increase the speed of PHP applications. Improvements of web page generation throughput by factors of two to seven have been observed.

php-fpm support for Apache 2.4 was added.

According to the official Apache documentation, using PHP-FPM is the recommended way to run PHP under Apache 2.4. PHP-FPM is now set to be the default PHP handler when Apache 2.4 is installed on the server. Now it is also available for selection in the PHP handler list in individual domains' web hosting settings, as well as in the service plan settings.

With server wide improvements your clients and you now can control individual domains and what PHP versions you wish to run, via Website & Domains > PHP Settings in your domain webspace.

You can also choose what you wish PHP to run as.

Database management in Plesk 12.5 has been improved considerably, you can now completely manage your databases from the Plesk GUI giving users easy self-management capability. Some Database management improvements are below the surface, Plesk 12.5 now includes new command line tools to check database connectivity over the network plus a new Plesk repair tool to resolve inconsistencies between Plesk and MySQL or Microsoft SQL server databases. Using the new Plesk repair tool you can restore databases, database users and database user credentials. You can also check disk space usage of remote databases.

The User Interface (UI) of the Databases tab was re-worked to make it more intuitive, and make it easier for users to manage databases.

Users can now download and upload database dumps in native format using the Plesk interface. This is a marked improvement compared to the previous mechanism which involved the use of phpMyAdmin or myLittleAdmin, these options are still available via direct link in Plesk 12.5 UI.

The list of databases belonging to a subscription now includes short summaries for each database, including the database server, names of the assigned database users, the number of tables, and the size of the database. This provides the users with information at a glance, without the need to click on the database or drill down into menus.

A mechanism allowing users to check the integrity of database tables and resolve some issues automatically was implemented. It enables users to troubleshoot issues with databases faster and possibly resolve them without manual intervention.

Task scheduler user interface was re-worked to make it more intuitive. Configuring the time and date at which a task is to run is much more straightforward, and notifications can now be configured on a per-task level.

This helps users to more easily configure a task of the desired type.

The default site preview mechanism was reworked. Users now face far fewer restrictions on the type of content that can be viewed in the preview mode. In addition, the preview link now works outside of Plesk by default.

Users can now troubleshoot issues with their websites by parsing web server logs and displaying error messages and warnings. This saves the user the trouble of manually searching through the web server logs for error messages.  This feature would be one of the most useful additions for developers and web hosts, you can not only easily search on specific errors, times, IP's and days, you can see logs in real time, using the real time updates button.

Another much-requested feature implemented in Plesk 12.5 is the support for incremental backups. An incremental backup, as compared to a full one, both takes up much less disk space and finishes much faster. This functionality enables the Plesk administrator to both drastically save on disk space used for customer backups and significantly reduce the server load. The backup operation is fairly resource-consuming, so making a full backup of every domain on the server can noticeably increase the load on the server for a few hours. Creating incremental backups instead solves this issue.

With more focus on incremental backups and improvements all round with Plesk 12.5 backup system there is a real need to secure your backup. Plesk 12.5 now gives you the ability to protect your data contained in backups. You have two options, one is to use Plesk own encryption key which limits recovery only to the Plesk server where the backup was originally created, or specify your own password. It is recommended to specify your own password so you can recover your backup on any Plesk 12.5 installation.

With the release of Plesk 12.5 we are going to see more security add-on packs available. These add-ons will be bundled services like ServerShield by CloudFlare, ModSecurity and Plesk AntiVirus to name a few.

In my next article I will go into more detail around additional Security Add On packs and outline some of the new key features and benefits.

Other improvements worth a mention

There are a lot of new improvements that are worth a mention below is just a few for a complete list of improvements and changes see the Odin Plesk Change Log.

Odins next major release of Plesk is slated for 2016 should bring a bunch of new features and core performance improvements, with the main focus on the Plesk App Edition. With this focus Odin plans to build a platform allowing more flexibility for the App developer.

If you have a feature you want to see in the future releases of Plesk you can submit your idea direct with Odin or leave your comments below and we will pass them onto Odin Plesk Developers.

You can see full release notes on latest Plesk 12.5 on the Odin Website. If you just want to have a play you can download Plesk 12.5 and install on your own server and if required purchase a key from Odin at Plesk.com or Conetix. 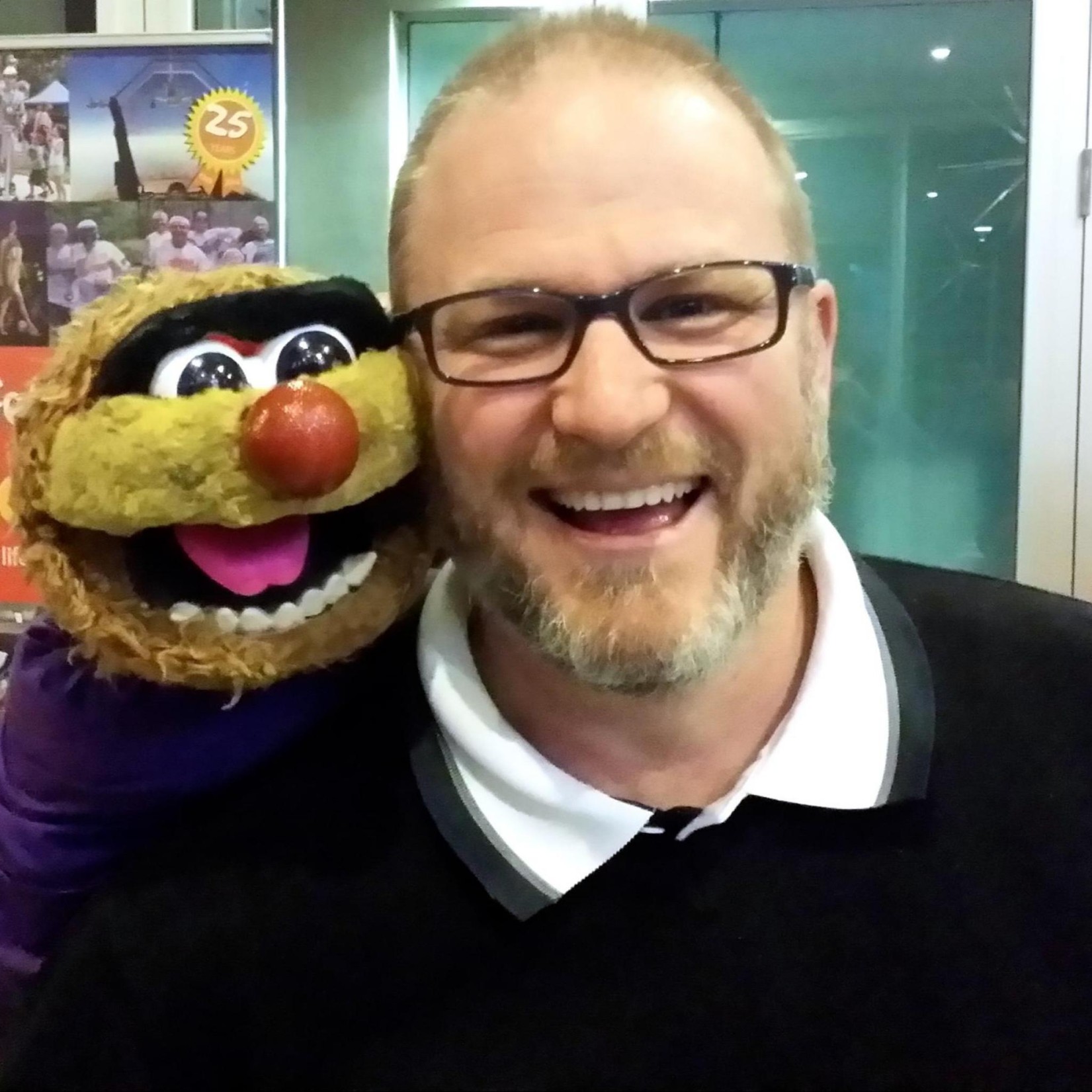