With recent changes to head company structure for Plesk, we have seen them emerge as their own entity and a reinvigorated identity. The term “Plesky” is quickly becoming the adopted vernacular within the Plesk company ranks, describing their new, invigorated focus on product development. With this new focus, forward thinking, and clear product direction, the latest Plesk Onyx version has leaped ahead of its nearest rivals.

You might be forgiven in thinking “where did Plesk 13 go”? This would have been the natural progression in naming from Plesk 12 and then again in Plesk 12.5 but instead the new version is Onyx. However, in line with the new Plesky thinking, traditional numbering of its versions has been changed in favour of a new naming convention after precious stones.

Onyx is used to defend against negativity that is directed at you. Black stones have protective energies in the sense that black is the absence of light, and therefore, can be used to create invisibility. For Plesk, that means that we are making web professionals more successful and handle your WebOps needs, nearly invisibly.
Lukas Hertig @PleskDevBlog

Plesk Onyx release is packed with new features and improvements, and most of the focus has been around the Web Professional or Developer.  With this in mind a number of new integrations have been introduced which I will outline below; however, it is important to look at Plesk overall and the change in how Plesk have changed their development process.

With Onyx, we see a number of the features no longer being part of the core Plesk product rather an add on or in the Plesk world an extension.  Features such as the WordPress Toolkit (which was introduced in Plesk 12.5) are now part of the extension catalogue rather than the core product. This allows for the extensions and the core of Plesk to be individually developed and any enhancements to an extension can be rolled out independently of the core system.  This means we should see a more rapid turnaround of enhanced features within the extensions, rather than waiting for a full core upgrade.

I like to think that the strength and power of Plesk is at its core and the flexibility and functionality is in its extensions.

A number of key core features have been added in Plesk Onyx.  Some improvements that are noteworthy include: improvements to backups, improvements to API, HTTP/2 added support and added improvements to Plesk SDK.  For more details check out change logs.
The major feature updates which I will cover below include: system updates, improved logging, system resource usage limiting, DNSSEC Support and SSL improvements.  One key aspect around some of the core improvements is what extensions are installed by default.  The Security Advisor Plesk extension was recently added in Plesk 12.5 but is now a default key extension, which is tightly integrated with Let’s Encrypt Plesk Extension to help secure your Plesk Onyx server.

Plesk Onyx provides server administrators with an easy-to-use tool for keeping their servers up to date.  You can update any system packages present on the server either manually or automatically without having to open the console.  The tool uses OS package managers (yum and apt) to perform updates, which makes the procedure of updating as robust as if it were done through native OS tools.

The tool provides extra flexibility if you don’t want to update certain packages. It is possible to prevent packages from being updated by locking them via two clicks in UI.

Plesk has a variety of components that were modified or built by the Plesk team itself (for example, PHP version packages). You can also use this tool to monitor and update these packages at any time you want without waiting for Plesk updates.

With the introduction of the Log Browser tool in Plesk 12.5, this gave web developers easy access to see their web access and error logs. Plesk Onyx now allows you to open any arbitrary log file (eg specific to your application) located on your virtual host for quicker and easier monitoring and debugging.  Users can save any opened log file in the list of logs for accessing it in the future. For example, we can even view WordPress debug logs:

Another key improvement of the Log Browser tool is the ability to highlight and filter in realtime various strings in your logs. This makes debugging websites even faster and finding potential issues much easier.

Plesk Onyx introduces the ability to limit the amount of system resources per subscription via service plans and can be set specific limits by CPU, RAM and Disk I/O. Based on CGroups (Control Groups), this is a standard feature of modern Linux kernels and already used by other container based platforms for resource control.

You can see a sample of what’s available in the following screenshot:

This will help to stop the “noisy neighbour” scenario, where one website can adversely affect the performance of the others.

The Domain Name System Security Extensions (DNSSEC), is a set of DNS protocol extensions that were introduced by IETF with the goal of signing DNS data to secure the domain name resolving process.

The goal of DNSSEC was to help make the Internet a safer and more secure place. Plesk Onyx now offers the support for DNSSEC, allowing users to protect the DNS data of hosted domains. The DNSSEC extension gives users the ability to do the following:

DNSSEC will help reduce the possibility of DNS spoofing, which can potentially allow malicious users to divert traffic and/or emails from your domain or easily conduct phishing attempts to exploit end users.

Plesk Onyx can now provide greater protection of your services and now includes a security advisor to enable all your sites and services to be served from a valid SSL certificate. It does this through the Security Advisor extension, which provides an easy set of wizards to ensure your Plesk login has a valid certificate, help enable all sites to be served via HTTPS and even generate the certificates using Lets Encrypt.

You can also use your existing certificates (including ones generated by Lets Encrypt) secure your mail services (SMTP, POP and IMAP), which means that email applications won’t complain about an invalid or self-signed certificate..

Connections to the Plesk webmail can now be secured with a valid SSL certificate with a simple drop-down menu now too:

Some of the new noteworthy extensions that have been added are Docker Manager, Ruby Manager, Node.js Manager, Git Manager and Plesk Multi Server Extension. WordPress Management tools are now installed by default as an extension ready for WordPress Toolkit version 2.0 to be released in first quarter 2017.

If you do not know anything about Docker here is an article on What is Docker?
Just to give you a brief intro to Docker:

Docker is an open platform for developers and sysadmins of distributed applications.

Plesk Onyx now has support for Docker via Plesk extension, some key features are:

If you want to know more about Docker, we have a series of articles to get you started:

If you’re looking for Nginx-only hosting for your websites, Plesk Onyx delivers.  By default, Plesk uses Nginx to proxy requests to Apache to allow Nginx to directly serve static files and act as the SSL terminator. If your stack is fully Nginx compatible (ie, you don’t use a .htaccess file etc), you can completely turn off Apache now to save on server resources.

Git is a free and open source distributed version control system designed to handle everything from small to very large projects with speed and efficiency. – Extract taken from Git Website

In tune with Plesk Onyx focus on the Web professional and modern web deployment methodology, Plesk Onyx introduces integration with Git – the most popular source code management system which makes managing and deploying your website code even easier.

This feature enables you to do the following:

The trigger for the pull is a simple webhook, which allows you to remotely trigger this either from GitHub/BitBucket directly, or from your preferred Continuous Integration / Continuous Deployment tools. Scripts can also be triggered pre and post-pull, allowing you to run commands such as database merges, image optimisation or cache flushes automatically as well.

Ruby is…
A dynamic, open source programming language with a focus on simplicity and productivity. It has an elegant syntax that is natural to read and easy to write.
Ruby WebSite

Plesk Onyx introduces proper Ruby language support as a Plesk extension.  The Ruby extension allows users to quickly and easily deploy Ruby apps on their domains. Both Ruby on Rails and Sinatra frameworks are supported.

With this extension you can:

For a first release, this is quite a comprehensive set of functions. Ruby developers are no longer second class citizens when it comes to ease of administration through your favourite panel now!

Node.js® is a JavaScript runtime built on Chrome’s V8 JavaScript engine. Node.js uses an event-driven, non-blocking I/O model that makes it lightweight and efficient. Node.js’ package ecosystem, npm, is the largest ecosystem of open source libraries in the world. – Extract from Node.js Website.

Node.js has been around for a few years, and has quickly gained popularity with developers who actively support the growth of Node.js community.  Node.js helps web developers code high-speed applications.  Node.js support in Plesk enables you to:

Multi-server extension is designed to give you and your clients a single entry point to control webspaces and subscriptions on multiple Plesk Onyx servers.

Windows Server 2016 is due to be released soon, Plesk Onyx already supports its latest available technical previews. With the introduction of IIS 10 web server a number of new features such as Wildcard subdomains, HTTP/2 support and new cipher suites and supported by Plesk Onyx.

In a hosting environment, Plesk Onyx ticks a lot of boxes.  It not only adds more features and functions to our product suite offerings but it gives our Partners and End Users more control, better security and less time required to manage their websites.  Plesk Onyx also creates new and exciting opportunities to provide solutions to a wider web professional community. Shared hosting can sometimes be seen as the “old” way to do things, however with the neat Git integration as well as full Ruby and Node.js support Plesk becomes very relevant again to modern web development languages and methodologies.

Full release notes and change log on Plesk Onyx can be found on Plesk Web Site.

If you wish to try Plesk Onyx for yourself you can download a copy here.
If you wish to upgrade your existing Plesk server, upgrade notes can be found here. 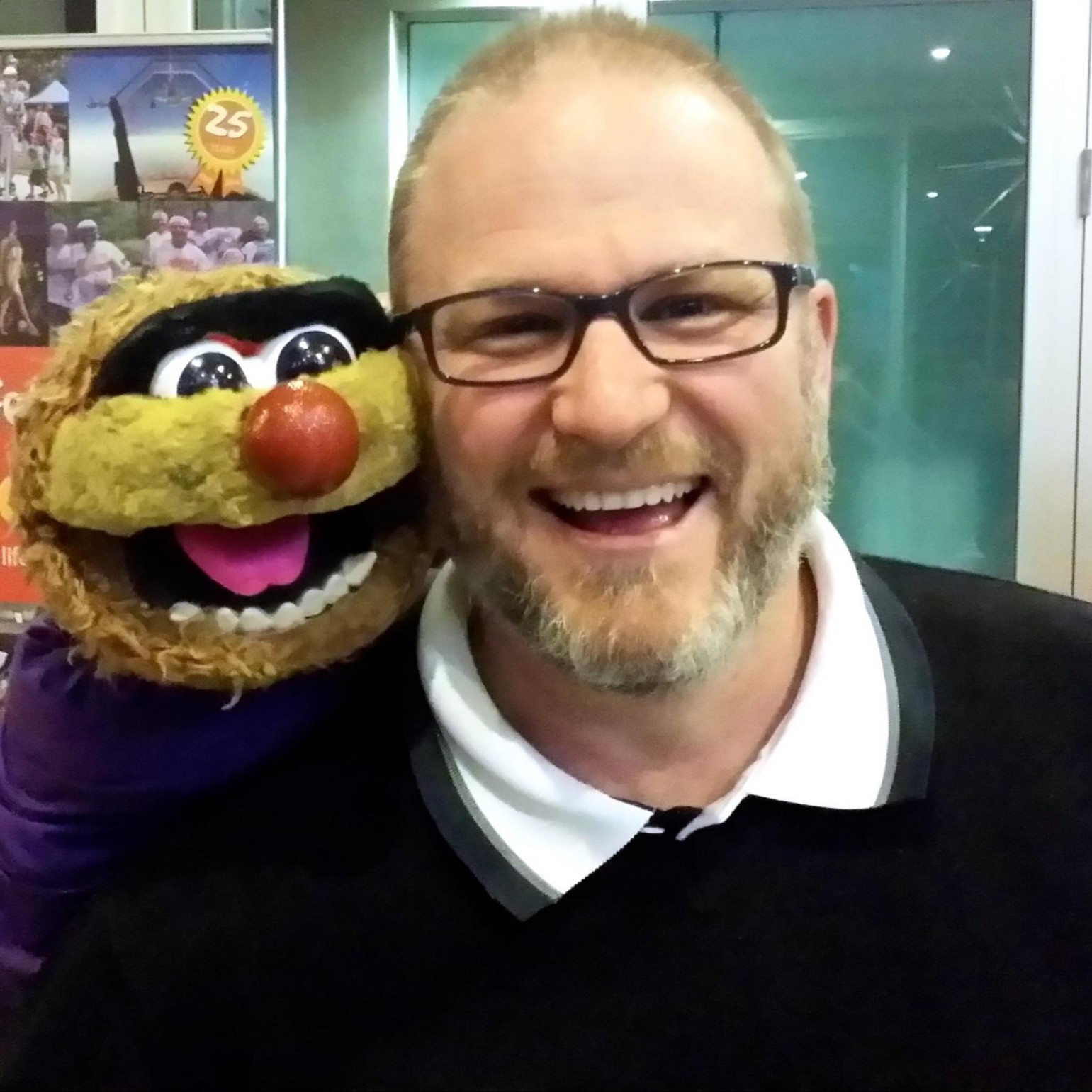